I'm selling lots of Jdrama / Jmovie related items such as photos, posters, Japanese magazines and even books and pamphlets about some Jmovies.
Among them are also a lot of Hana Yori Dango related goods.

You can all find it here: 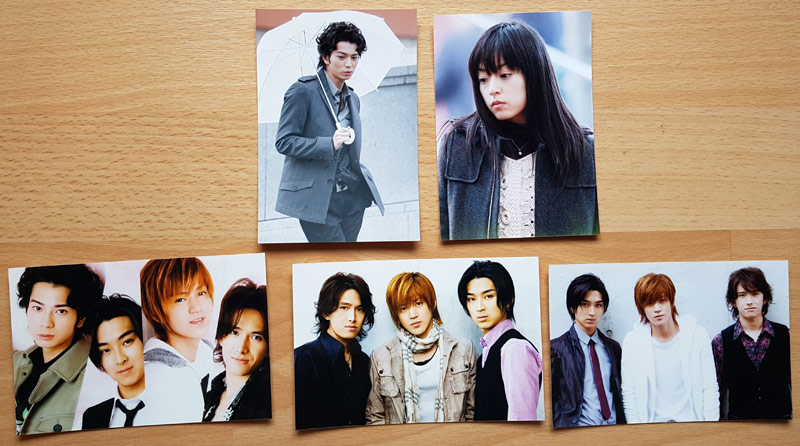 hey guys,so how was your reaction when you saw matsujun and oguri shun appear as Domyoji & Rui again ? well i couldnt control my excitement.how amazing jun and shun are i must say,even after 10 years they fit into the character with such ease.I was disappointed that whole of Jun's face wasn't shown but they way Jun walked and talked reminded me of the same old domyoji and even oguri shun who's currently having long hair i dont know what magic he did to look like rui and his sleepy eyes were also the same..anyways I'm really happy that f4 had a reunion and the picture of f3 on Shota's instagram was taken by jun:D ..well im thankful to hana nochi hare & TBS for keeping our precious characters alive😄

omg,finally we get to see domyoji after 10 years!!!!😭😭😭im so happy today
so does that mean jun will get a perm??!😂😂
anyway he's having a cameo appearence in the first ep most probably.im just so happy to just see him act as domyoji again but hanahare is obviousoy trying to bring in viewership ratings by taking jun even if its a cameo.i also heard hikaru is singing for the drama.
even tho its unfair that the original hyd did everything on their own,with their amazing chemistry and natural acting and made hanadan an unforgettable drama,i hope hanahare atleast will not b a flop ... 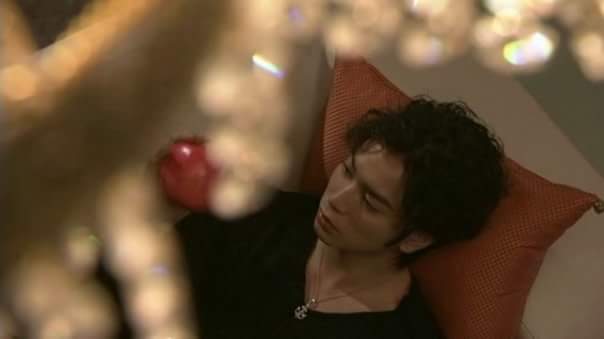 Is anyone else going to be following the "new HYD"? The cast seems...unappealing

the short video that was used as a promo to hyd final is available in the Ai-storm .i had been searching it from so long and finally found the file.im so thankful to aistorm3104@livejournel for this file.
it consists of domyojis performance with arashi,makino n rest of f4 searching for domyoji n a little bit of promotion of d film

hello someone have Hana Yori Dango Special ? I can´t find it

Konnichiwa, minna-san! ^_^ I know it's a little bit too late, but I might as well give it a shot here. I'm looking for the saturn necklace sold by TBS back then. I already tried my luck at Yahoo Japan Auctions but to no avail. I've found some shops selling replicas but most of them don't look like the original. Would anyone care to tell me where I could find one? Or is anybody here willing to sell theirs? I'm willing to pay any price as long as it is the one from TBS!! Arigatou gozaimasu! ^_^

P.S. I've found a shop that sells something similar but the prices are too high and they're only sold in Japan. :(
P.P.S. If this post isn't allowed, I will delete it right away. :)

I'm selling HUNDREDS(!) of items I've purchased in Japan. I've lived in Japan for 7 years and there's far too much stuff now.
I'm selling the Japanese manga of Hana Yori Dango as well as photos of the jdrama cast and more. :)

I'm selling THOUSANDS(!) of items I've purchased in Japan. I've lived in Japan for 7 years and there's far too much stuff now.
I'm selling the Japanese manga of Hana Yori Dango as well as photos of the jdrama cast and more. :)